What networks and production companies should learn from House of Hancock 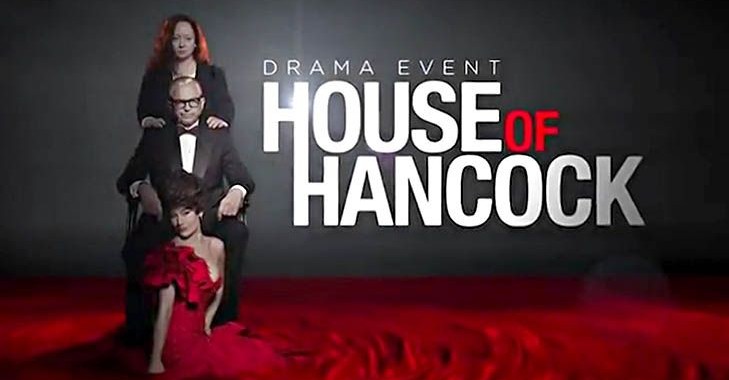 In the wake of Channel Nine and CJZ’s apology to Gina Rinehart, production companies should be wary of the issues that landed these companies in hot water with the mining magnate. In this post, principal of DVM Law, Stephen Digby, explains the strategies required to avoid the same fate as TV series House of Hancock.

After Rinehart’s successful legal action in the Supreme Court of NSW in 2015, which gave her access to part two of House of Hancock ahead of its screening on Nine, it appeared that the parties had come to a settlement that, whilst confidential, seemed to allow broadcast of part two of the docudrama under certain conditions.

Some of these conditions included specific disclaimers in the opening and closing credits the show was a “drama, not a documentary”, and that Rinehart was not interviewed by the producers. Several minutes of footage were also cut from the broadcast.

However, this did not seem to placate Rinehart, as she took Nine and CJZ back to court claiming defamation and malicious falsehood, as well as misleading and deceptive conduct under the Australian Consumer Law against CJZ, based largely on the future broadcasts and DVDs of the miniseries.

Nine and CJZ’s unreserved apology that followed appears to be the end of a long and, no doubt, very expensive process that will, it is understood, result in Nine never rebroadcasting, or streaming, the series again.

What lessons can be learned?

No-one goes deliberately out of their way to attract the ire of powerful, wealthy people in the public eye, but as their stories are often the most attractive (as evidenced by the high viewing figures of House of Hancock), producers would do well to learn some valuable lessons should they wish to go down this path again.

1. It often isn’t all about the law

There is no doubt that Nine and CJZ would have taken extreme care and attention to make sure that the content of the mini-series was, from a strictly legal point of view, ‘clear’. So too, for other production companies looking at other similar subjects this would, as it should, be a number one priority. However, even if your lawyers consider the law, review all the available defences, and highlight the legal risks, and give a green light, this isn’t necessarily the end of the story.

Regardless of the strength of one’s case, or their defence, it doesn’t actually stop someone from starting proceedings, especially if that someone is wealthy, and feeling particularly aggrieved and/or out to “prove a point”. There is no barrier preventing anyone from going to court and starting proceedings. Clearly, if the claim is entirely specious or un-winnable, there is a risk that ultimately you will lose and be exposed to an order for costs – but if the claimant either doesn’t care about that and/or is confident that their opponent will run out of money before they do, that risk reduces.

So, even if you’re legally in the right, you can often ‘lose’.

Release forms are used extensively by production companies to gain a participant’s or portrayed person’s consent for use of their name, image and voice in artistic works. In light of House of Hancock, production companies should employ these in every possibly occasion, or, at the very least, seek approval from the work’s subjects. This is the case for some biopics: Paul Hogan reportedly spoke to Josh Lawson on the phone before filming Hoges, Olivia Newton John has given her blessing for Delta Goodrem to play her, and Molly Meldrum hit the publicity trail for Molly.

The high watermark for an effectively drafted release form is Sacha Baron Cohen’s film, Borat. In Borat, participants granted the filmmakers an indemnity by signing the release form that excused almost everything, including any “breaches of alleged moral behaviour”. These releases were repeatedly tested in US courts by, amongst many others, unwitting college guys, politicians and etiquette tutors.

The lesson from Borat is that with release forms – provided that they are true and accurate in their disclosures and well packed with the required indemnity and warranty protections – you can significantly limit your exposure to liability from any loss, or damage that may result from the broadcast.

So, whilst Borat offended almost all of its participants, it still lives on in cinema, and House of Hancock which offended one person, is seemingly off the air forever.

3. Use settlement as a bar to future proceedings

Despite an iron-clad release, as outlined above (and as Borat showed), court proceedings can still be unavoidable. If that does happen, then it is almost always more sensible to seek some form of out-of-court settlement that all parties can live with, or, is the best “worst-case”. This appeared to have been the case with House of Hancock, but, unlike that situation, the settlement did not prevent Rinehart from bringing further proceedings.

With this in mind, any production company (or broadcaster) should be very careful to make sure if it does reach settlement outside court, that a key part of this agreement is a widely-drafted and extensive release clause which acts to bar the party who brought or threatened the action from re-visiting the matter in any future legal proceedings in relation to it. Without knowing the full details of the Nine/CJZ/Rinehart confidential settlement, we won’t speculate why this don’t happen on this occasion, but, ideally, these types of clauses as part of a settlement are designed to put an end to all legal proceedings, once and for all, now and in the future.

4. Preparing for the worst

Whilst premiums can be expensive, broadening the insurance to specially cover the company from the costs of litigation against all types of allegations could well be worthwhile. Given the breadth of the allegations made by Rinehart, these claims may go beyond simply unauthorised use of titles, copyright infringement and breach of privacy, to defamation, idea and story theft, and injurious falsehood, as well as misleading and deceptive conduct. A full and frank conversation with your insurers at the time the policy is being put in place, and close attention as to what it includes, and, more importantly, excludes, could give producers a great deal more comfort when faced with these types of proceedings.

Is it worth it?

Like all businesses, production companies need to do a cost/benefit analysis of the risks and rewards of doing these sorts of shows, but, with luck, these types of measures might help reduce that risk. However, as House of Hancock proves, this type of issue is not always possible to avoid.

This article, authored by Stephen Digby, Principal of DVM Law, first appeared in Mumbrella on March 27, 2017.