Dick Smith’s “Ozemite” trade mark win redefined what it means to “use” a trade mark! 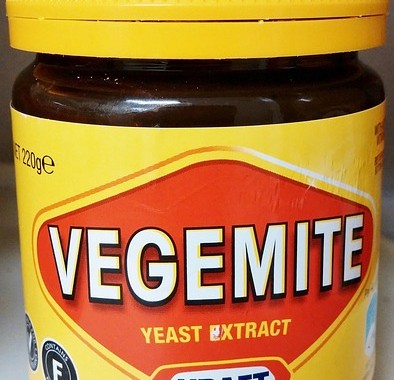 On 12 August 2016, the Federal Court handed down its decision in the long running battle between Dick Smith and Roger Ramsey over the registration as trade marks of the homophones (or sound-alikes)- OZEMITE and AUSSE MITE.

Dick Smith, renowned Australian businessman and philanthropist, applied to register “OZEMITE” as a trade mark on 28 October 1999. It was successfully registered on 23 October 2003.

Roger Ramsey, who runs a business known as “All Natural Foods”, applied to register “Aussie Mite” as a trade mark on 7 May 2001 and despite Dick Smith opposing registration of the trade mark in light of the obvious phonetic similarities with his own registered trade mark, Ramsey’s mark was registered on 8 November 2006.

Both marks were registered in class 30 for goods, being spreads containing yeast extracts, similar to the famous Vegemite (now fully owned by American company Kraft).

Ramsey did not stop there. On 1 June 2011 he filed an application for the removal of Dick Smith’s trade mark “OZEMITE” from the Australian trade mark register on the grounds of section 92(4)(b) of the Trade Marks Act 1995, being for non-use of the trade mark in Australia for a continuous period of 3 years prior to Ramsey filing the removal action.

On 25 February 2014 the Trade Marks Office upheld Mr Ramsey’s application for removal of the ozemite trade mark and directed that it be removed from the Register within a month, subject to the filing of an appeal.

Dick Smith filed an appeal in the Federal Court of Australia, where the main issue on appeal was ‘Whether, at any time during the statutory period (being approximately the 3 year period prior to Ramsey’s filing of the removal action on 1 June 2011), Dick Smith and his companies used the ozemite trade mark in Australia in relation to the goods to which the application relates?’’

While it was not in dispute that Dick Smith’s product OzEmite was not sold or offered for sale at any time during the statutory period, Dick Smith pointed to two instances of “pre-launch publicity” for the OzEmite product, which they contended constituted the requisite “use of a trade mark”.

The first instance occurred when Dick Smith appeared on the Chaser’s ABC TV show in August 2010 where he was wearing a t-shirt with the OZEMITE logo surrounded by Dick Smith Foods products.

The second instance was during an interview with Dick Smith on radio station 5AA in Adelaide on 28 March 2011, where Dick Smith discussed Woolworths’ decision to continue to stock Dick Smith Food products despite pressure from competitors as they were interested in promoting Australian produce and products. In this interview Dick Smith said he would be expanding his product range and was committed to bringing out OZEMITE.

Roger Ramsey submitted that this was not enough and that there could be no “use” of a trade mark unless there is “an occasion of trade” in respect of “vendible articles” and he proposed that this means that unless there is at least a single act of sale, there is no use. Ramsey relied on the case E& J Gallo Winery v Lion Nathan Australia Pty Ltd (2010] HCA 15 for this proposition.

Justice Katzmann disagreed with Ramsey’s proposition and said that this observation needed to be read in context and cited the Gallo decision where it was held that “(W)hilst a single act of sale may not be sufficient to prevent removal, in the case of genuine use, a relatively small amount of use may be sufficient to constitute “ordinary and genuine” use judged by commercial standards…”

She went on to say that “the reference in Gallo to “vendible goods” should be read as goods which are “sold or otherwise traded in”, but not so as to limit the scope of trade mark use to goods which are actually sold. After all, “vendible” does not mean sold. It means capable of being sold. It also means “marketable”.”

In addition Justice Katzmann even looked to the language of the Trade Mark Act 1995, which the Judge says “contemplates the registration of trade marks in relation to goods at a time before they are traded. The language used in the very definition of a trade mark in s 17 is of “a sign used, or intended to be used, to distinguish goods … dealt with or provided in the course of trade …” (emphasis added).”

Justice Katzmann held that the broadcasts were an expression of a genuine intent to use the mark for commercial purposes as “they reveal uses of the mark in “association with the goods in the course of their production and preparation for the market” and in this way were uses of the mark in connection with goods in the course of trade. Their objective purpose was to revive, if not maintain, interest in the OzEmite product amongst potential purchasers so that there would be a viable market for the product once it was released”.

A big loss for Roger Ramsey, this case is a warning to those traders looking at bringing a removal action to not discount promotional activities as evidence of use of a trade mark, even where the product is not yet for sale on the market!